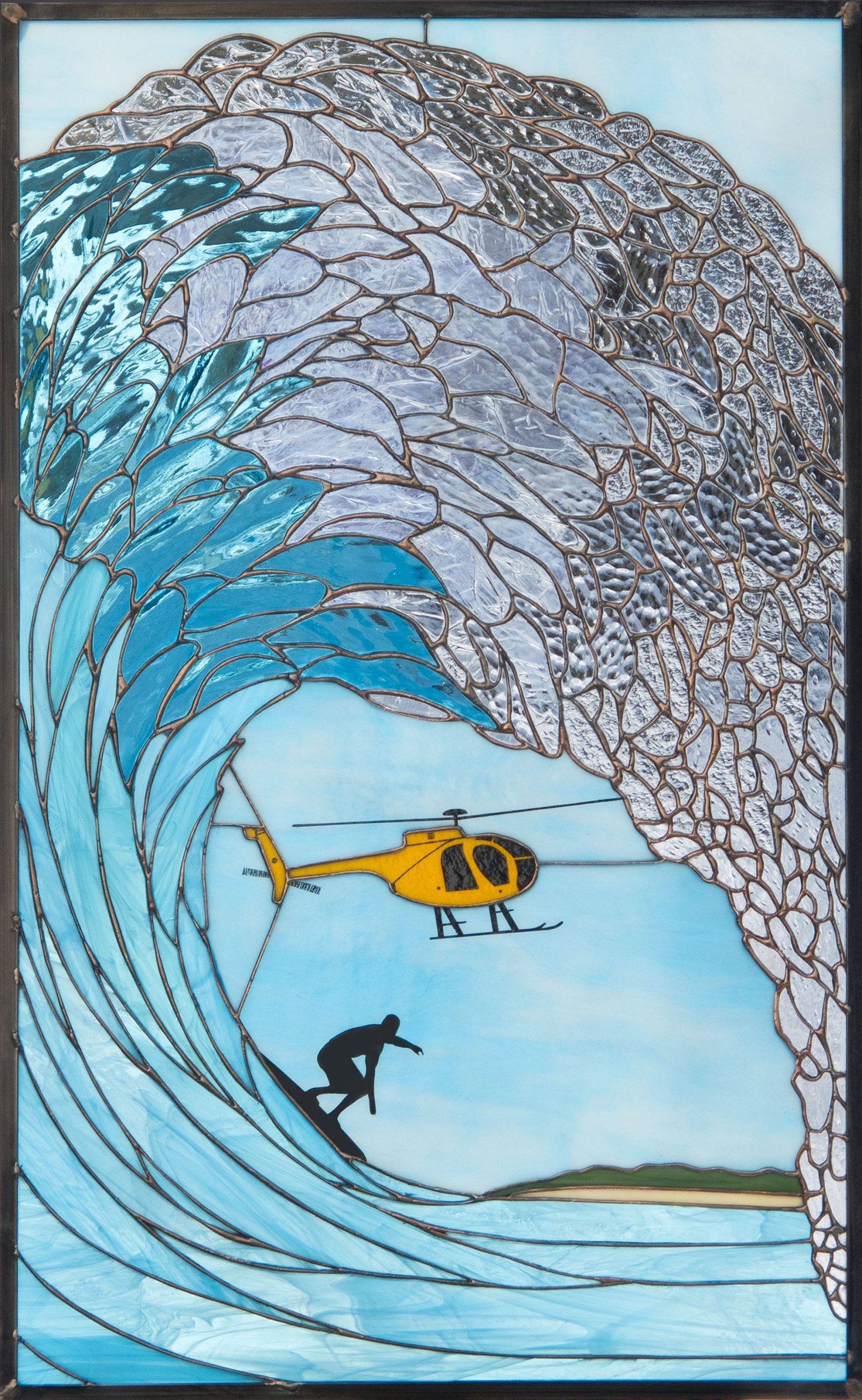 Posted: May 2014 For Immediate Release 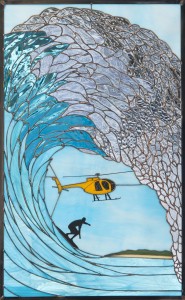 Glass artist Gary Elshoff of Grafton, Wisconsin, an Artist Member of the American Society of Aviation Artists, has been honored with two prestigious awards for his work in the ASAA 2014 International Aerospace Art Exhibition at the San Diego Air & Space Museum gallery. Mr. Elshoff was one of forty-five artists from around the world whose work was selected from over 140 entries. The display opened 28 April and runs through 28 July. His stained glass artwork, titled COPTER CURL, depicts “A surfer in silhouette riding ‘the pipeline’ inside a huge surf curl off the coast of Oahu, with a Hughes helicopter hovering nearby.”

The “Award of Merit” was for overall technical achievement, while the “Plaque du Beaque” was presented for “The most creative approach for telling an aviation story or depicting an aviation event.”